On August 15, 2021, Kabul fell to the Taliban.  The doors of Mehan, the beloved home of so many AFCECO children over the past 15 years, were closed.  Education stopped. Dreams ended. Hope faded. But with the help of former AFCECO children, AFCECO staff and sponsors, AFCECO continued.  Though changed, AFCECO remains a place dedicated to the education and care of Afghan children of all ethnicities.

Throughout its operations AFCECO was targeted by extremists who did not believe girls should be educated or enjoy the many freedoms that their males’ counterparts did.  The fundamentalists also wanted to limit access to music and liberal art studies.  Despite this, AFCECO was able to operate as an orphanage focused on education for all Afghans. Once the Taliban came to power, management knew the work of AFCECO could not continue in such a visible manner.  The large orphanage was replaced by safe houses that would not raise suspicion of the neighbors or the Taliban.  Each house is home to eight to ten children and house parents from the same region in Afghanistan, so it appears to be an ordinary home for an extended family.  Neighbors are told that the children are cousins to help ensure that the house is not reported to the Taliban.

Now, fifteen months after the fall of Kabul, seven safe houses have been established creating spaces for peace, nurturing and strength in a world where freedoms have disappeared.  Six safe houses are located in Kabul, Afghanistan and one in Islamabad, Pakistan for AFCECO individuals applying for visas to the United States.  The safehouses are run by former AFCECO graduates and staff who have provided a safe haven for over 80 children, feeding them, clothing them, protecting them from the Taliban and taking care of both their physical and mental health.

Despite tremendous personal risks the house parents have continued AFCECO’s focus on education.  When schools were shut down classes were conducted in secret at the safe houses.  Some were led by the house parents and others by Dari female teachers that were not allowed to work.  Math and Science classes were taught by an AFCECO graduate.  Remote English classes with teachers from around the world were started.

Today all children in grades one through nine are enrolled in covert private schools including girls over the age of 12 who are not allowed by the Taliban to attend schools.  As their English improved, remote classes in Art, Science, Math and Current Issues were added to the schedule.

Older children are preparing for university entrance exams by attending Kankor prep classes.  A scholarship program has been established to pay tuition and living expenses for AFCECO graduates so they can continue their higher education.  This program is led by a woman that grew up in AFCECO and was a member of the AFCECO management team.

While working to manage the safe houses and educational programs, AFCECO has helped high risk individuals evacuate from Afghanistan and resettle in other countries.  Today AFCECO graduates are living in eight different countries, continuing to shed light on the plight of their fellow Afghans, teaching English to fellow evacuees and working on AFCECO efforts from afar.

When AFCECO was officially established in 2008, its founder Andeisha Farid thought that if Afghan children could be educated to embrace equality and empower them with a sense of security they might give back to their country.  AFCECO raised a generation of children who became teachers, midwives, engineers, doctors, and leaders.  Though their world has been upended, AFCECO graduates continue to give back to their country.  With their help, AFCECO continues to focus on raising another generation of educated Afghans who respect the gift of education and understand the responsibilities and value of freedom.

To learn more about the challenges faced and courage shown by the house parents and the children, read their stories in the links provided.

After the Taliban took power in September 2021, all schools were closed until the following March, and AFCECO’s residential centers were shuttered. As AFCECO children were gathered in small groups into safe houses around Kabul, the question of how to maintain some education for them became urgent.

Charity Help International (CHI) started the first Zoom English classes almost immediately that September. The first students were those at the most risk – the artists and older musicians. The first focus for classes was spoken English, as relocation to places with English-speaking schools was a possibility for these students. Over several months, middle school grades were added, more teachers were recruited, and by summer of 2022 even the youngest children started to receive classes.

At the heart of the of the English program is Kathy M. an experienced ESL educator with some knowledge of Dari, who prepares video lessons and homework for each group weekly and monitors student progress – all in addition to her full-time science teaching career. Small groups of students then meet via video with volunteer tutors for in-person review of each lesson. The most proficient English speakers are able to learn a variety of content in English, rather than just language instruction. Elina, a New York City-based artist started teaching art in the darkest days of the winter. Fifteen teachers and tutors are now active, from a range of backgrounds and connections to Afghanistan. Some are sponsors with AFCECO, some have an Afghan parent, several are ESL teachers, and they range from graduate students in the Columbia University Department of Applied Linguistics to recently retired professional educators.

Today all students in our safe houses have English classes at least twice a week. Elementary age students and some high school age students are able to attend public or private schools for part of the day, but for all the others AFCECO provides a broad range of remote instruction. They are taught literature, art history, world concerns, math and biology. They learn about climate change and immigration. While the educational path ahead is not yet clear for many of these students, especially the girls, AFCECO is providing the steps that will make that path easier. 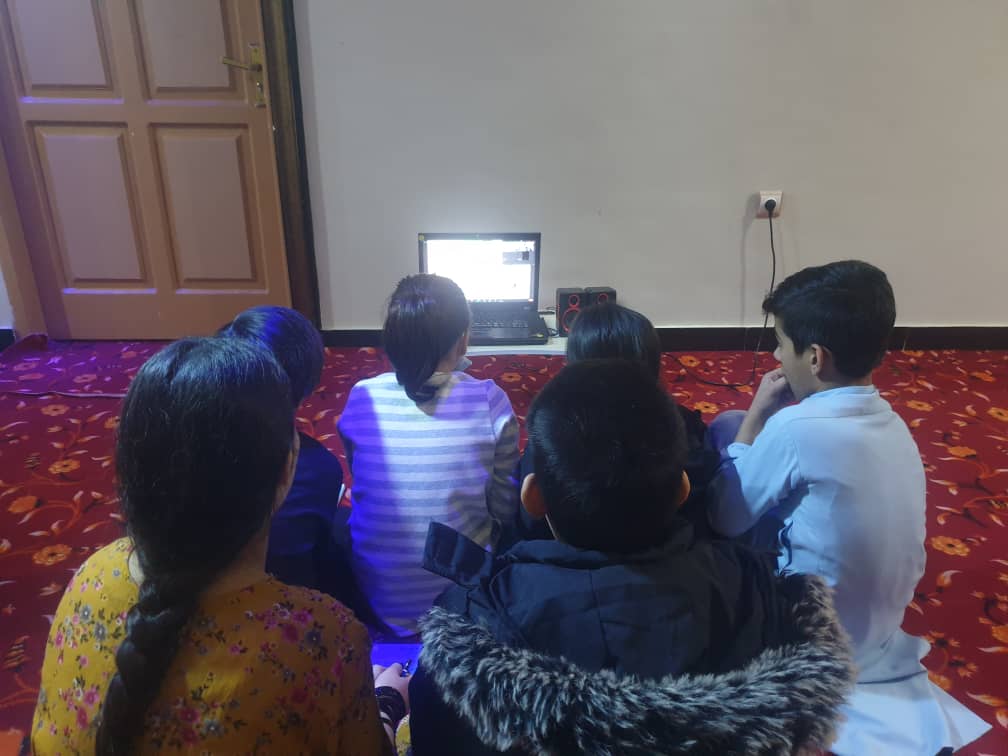 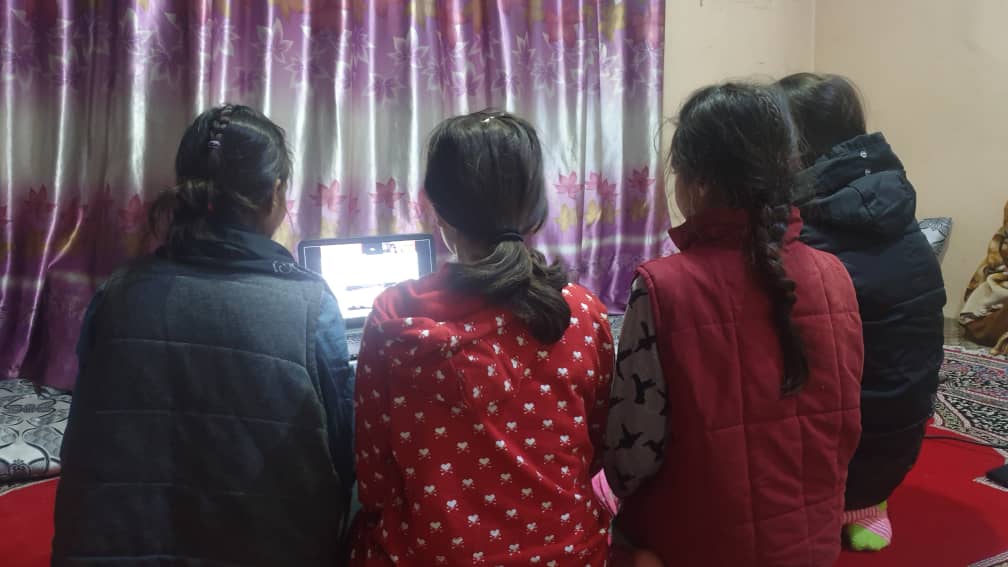 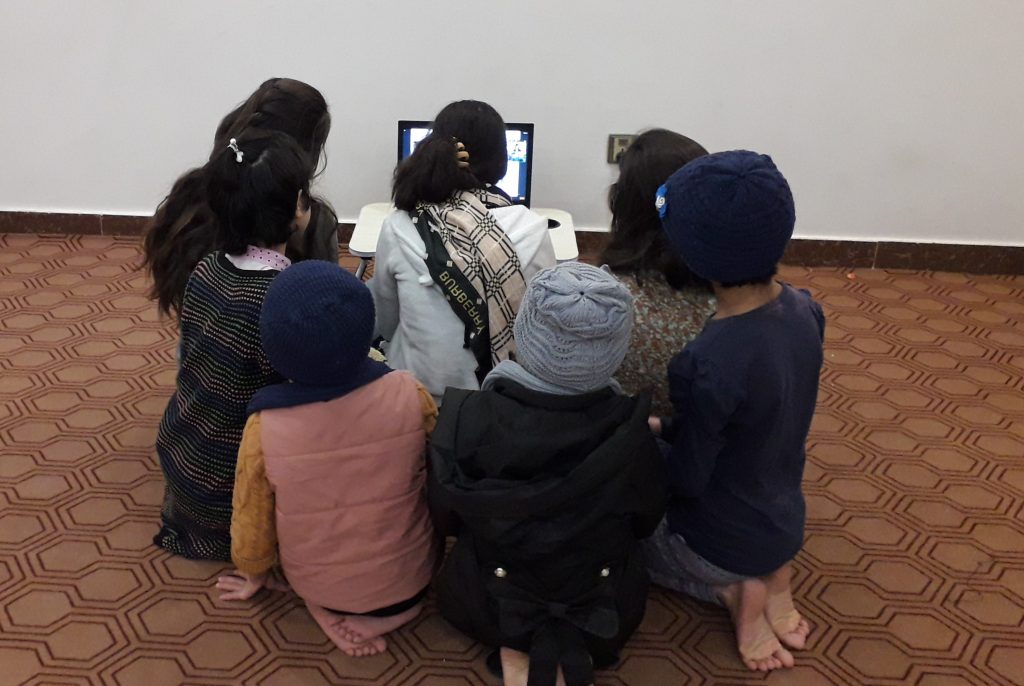 The remote teachers themselves find teaching our AFCECO classes very meaningful. Here are some of their reflections:

I'm a teacher at my day job. I jokingly tell people that I can't turn it off. But really, there are too many reasons to list. I think the most important reason is because it is their right to be educated. And I can ensure that they receive a quality education. My students' resilience inspires me to be brave, never give up, and hope for a better future.
Working teacher based in New York State
Retired teacher based in New York State

I am so privileged to teach English through Reading to my beautiful Afghan students. Today we quacked like ducks, cawed like crows and soared like eagles as we read about different types of birds. We watched a video of a praying mantis walk up my front door, before reading about insects. The joy of these children is contagious. It’s an understatement to say that they GIVE so much more than they take.
Retired teacher based in New York State
Business Consultant and Actor

I’ve been teaching English poetry and literature, from Robert Frost to Wordsworth to an introduction to Shakespeare. My students’ passion, humor, and creativity continues to delight me each week. They latch onto rhythm and story in a way that makes me look at these familiar texts in new ways. I feel we are learning together. It’s so beautiful to watch them support each other as well, finding cognates and analogies to make sure everyone is included. It’s been a beautiful, inspiring year amid so much heartache.
Business Consultant and Actor
ESL tutor based in New York City

It is a joy to be a part of this ESL teaching effort for the AFCECO girls. They are wonderful, motivated and attentive students eager for this opportunity. If they have only one screen for four students, or, occasionally, no power (if there is still Internet and battery power, lessons continue with their faces lit by screen or camping lanterns) - lessons are nonetheless both focused and fun. That seems remarkable, given the ongoing prohibitions of education for girls and young women in Afghanistan. CHI has found an inspired teacher to shape the overall curriculum for us less-expert tutors. In a situation with so many constraints and uncertainties, AFCECO gives us a chance to lend from far away a little structure and educational opportunity to these young people. Knowing that they are safe, and cared for, and able to learn what they can every day, and that we can help, means a lot.
ESL tutor based in New York City

Love and service give meaning to life, and I’m grateful for the opportunity to be of help in a small way through a channel called AFCECO. During these painful times, caring for the world and its people shows up in different ways. Supporting the right to education is one of the most urgent ones. The ever enthusiastic attitude of students in Kabul is miraculous-- given their daily reality. Yet, these beautiful brave beings are always present, body and soul, eager to interact and learn with a smile on their faces. They fill my heart with joy as they are clear promises of a brilliant future for humanity. I wrote the following poem holding a group of young women in Islamabad in my heart/ mind:

-by Zoe N. (ESL coach and psychologist based in France)

A peek at a promise

to invite a laughter

then back to the spin,

on what is possible

and all that is not.

of all colors and hues

for the long road ahead,

and years will roll away

but this thirst, profound

will remain as an anchor:

To move on with open eyes,

where and what to sow,

how and when to reap

on this unfolding road

We will update you about the scholarship program very soon.. 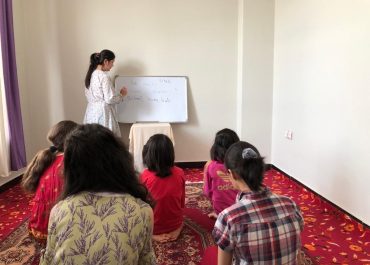 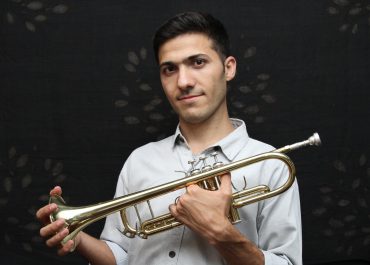 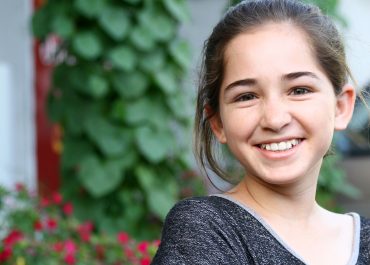 4 years ago I started painting but not academically because its conditions were not possible at that time.  I was…
Read More...
6year — 19year